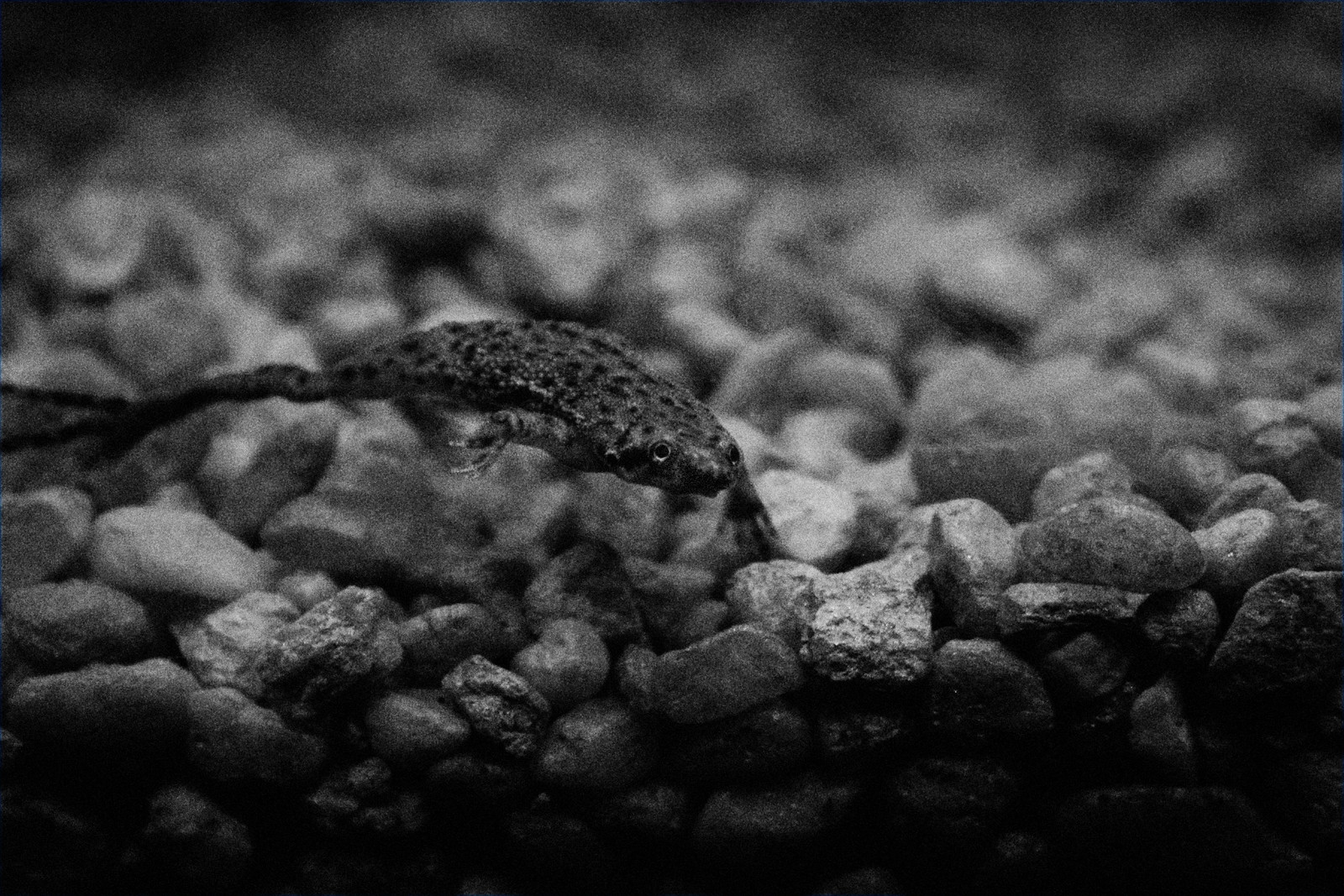 For six years we had a few goldfish. After that, we kept a tropical aquarium for a while and then gave up. When I took this photo, the aquarium was two weeks new and in it were guppies and neon tetras and snails and a couple sucker fish and several teeny tiny transparent catfsh and two African dwarf aquarium frogs.

Rarely did the frogs present themselves and when they did it was one at a time. They hid. H.o.p. named them Kermit...both of them, as we couldn't tell the difference between the two yet as we only saw them one at a time and they were so similar that to our eyes we've been unable to note any distinguishing markings.